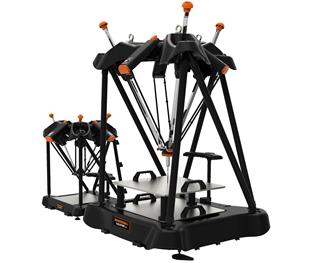 The Equator gauge is: 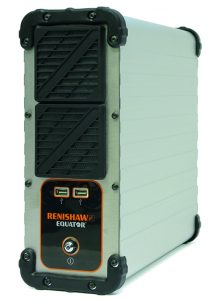 The Equator Controller is a versatile machine controller capable of driving the Equator system at high speed and with high repeatability.

It allows the real time system control to run alongside the metrology software interface.

It also uses the proven UCCserver software to allow for easy setup and use of the system, and implements the powerful I++ command protocol. 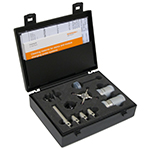 The Equator system’s structure, in the form of a parallel kinematic machine, allows for improved repeatability, reduced inertial effects, and lower power consumption when compared to the traditional Cartesian structures used for machine tools and coordinate measuring machines. 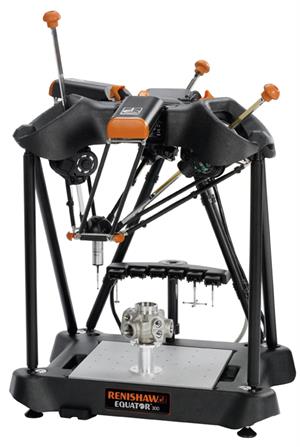 The principle, construction and operation of an Equator gauge is very different to traditional Cartesian structures, which have three mutually orthogonal X, Y and Z axes. These structures typically rely on large granite axes or heavyweight castings to guarantee the stiffness that is critical for repeatability.

However, the very same heavyweight structures can introduce barriers to repeatability, most importantly hysteresis. Hysteresis is defined as the lag that occurs between the application and the removal of a force, leading to a distortion of the structure.

Heavyweight axes also make rapid operation difficult; such structures suffer from greater inertial forces than lightweight ones when under acceleration. More power is needed to produce the same acceleration, and this is not a linear relationship – this leads to a practical limit on how fast a Cartesian structure can move whilst retaining sufficient precision. Inertial deflections result in unseen motion that manifests itself as measurement errors.

On the Equator gauging system, three linear drive struts are mounted on three Hooke’s joints on the top structure. The opposing end of each strut is connected directly to the probe platform, so that the measurement probe is not remote from the axes that drive it. The motors drive the struts to position, and their pivot mounting means that the struts remain in pure tension and compression, eliminating bending.

With linear encoders mounted on the drive strut, the encoder feedback is provided from the same point at which it is driven. All these elements add up to a system with virtually zero ‘unseen’ motion in the structure, which is proven by the consistent comparison repeatability. The orientations of the three linear struts, termed P, Q and R axes, are converted to conventional X, Y and Z axes by mathematical algorithms running in the background. This allows X, Y and Z movement commands to be sent from the programming software. 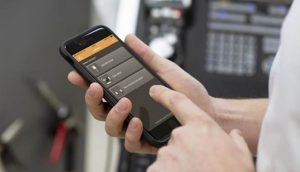 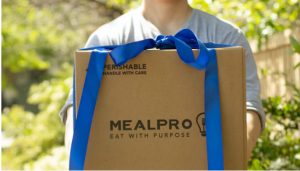